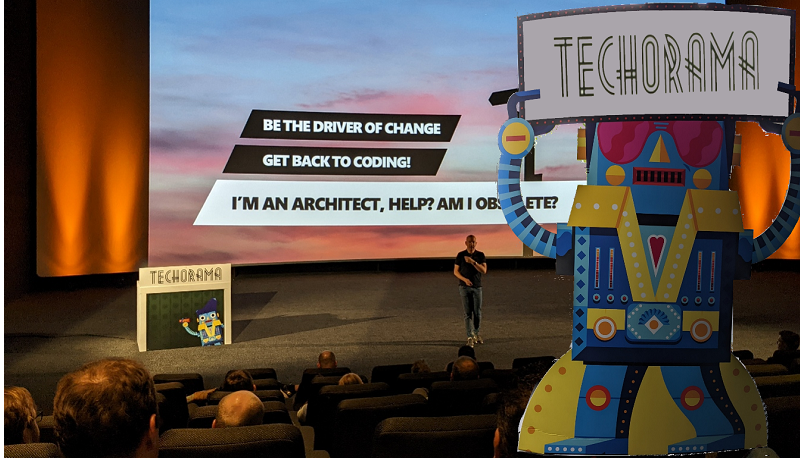 Techorama is a conference that has long been on my list of conferences to attend, but for some reason I never went. Looking back I think I had this idea that world class conferences could only be held in the US (or in a place far-far away from home) with thousands of visitors. I was dead wrong. What the organizers understood perfectly is that in order to have a world class conference, you should offer the same smooth, convenient and rich experience with the very best speakers, but then at a smaller scale.

When reading the agenda I didn’t know where to start, over 100 sessions in 2 days in 11 parallel tracks with a opening keynote by Derek Martin, in which he shared a very personal story about the deamons he faught as a kid and how is he coping with it today. Very inspirational.

What struck me when studying the list of sessions, was that a number of sessions had nothing to do with technology; instead these sessions focussed on the most important person in the world a.k.a. yourself! I decided that on the second day I would attend a number of those non technical sessions. Who knows what it would bring me…

In the morning of the second day I stumbled upon Michelle Sandford in the elevator of the hotel I was staying. She was one of the speakers I was planning to see. I took my chance and started talking to her. As a result she recommended a session by Lars Klint. I decided to change my agenda, skip the technical session and go for the recommended one.

The session by Lars Klint (larsklint.com) was about daring to dream and to set goals. That the difference between a dream and a goal is a concrete date (e.g. by the end of the summer, I… ), thus: No Date ==> Dream, Date ==> Goal .

Sometimes it is better to set a series of smaller goals, instead of the big hairy audicious one. The bigger the goal is, the lesser the chance is that you will start chasing it. Once reached a goal, celebrate and go on. Another learning was to focus and get rid of time consuming distractions (such as Netflix). No matter what goal your are chasing, there are always birds pecking on you. Ignore them!

Later that day I followed a session by Heather Downing (quorralyne.com) on becoming visible as a developer. It is important to promote yourself, to become visible so you can do the things you want to do, instead of seeing opportunities passing by. Get out of your head and instead reach out to people to get confirmation whether it is positive or negative.Get rid of the own little demons inside your head. Reach out to people and start networking, for many techies this is a dirty word. Just keep in mind: Networking != Sales. Networking is getting in touch with each other to start a conversation, it is not about bragging how fantastic and smart you are in order to sell yourself.

The last social session I did was by Michelle Sandford (@codess_aus) on becoming a technical influencer. Whatever you do, freshen up your social profile such as Linkedin. Post on a regular basis. People start noticing you and people want to connect with you, even the unexpected unreachable ones. Don’t be shy, don’t think I’m not worthy. Many of us suffer from the imposter syndrome.

Now I hear you thinking…. what about the technical sessions?

Plain simply put… the technical sessions I attended were awesome:

For me the big learning was the social aspect of conferencing; which is reaching out to people, networking, having fun. What I used to do at conferences was going after technical content and forgetting the social aspect. In order to advance in this world it is not just what you know, it is who you know and how you treated people in the past (the janitor in the past, can be a CEO in the future).

This conference I had a blast, I’m already looking forward to attending the next Techorama. Who knows, we might connect! Please feel free to reach out to me, I would love it. 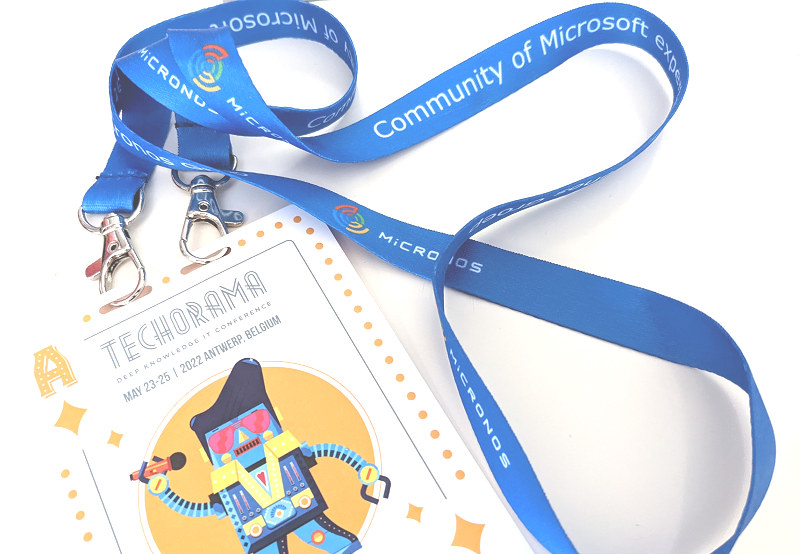